IIFL foundation, the CSR arm of IIFL Group, a financial services conglomerate, was started in 2015 to contribute to addressing the most pressing problems faced by our country. Be education program with illiterate girls in Rajasthan or financial literacy and inclusion for the poor and vulnerable communities in rural West Bengal or work with displaced and affected community after any natural disaster anywhere in India, IIFL foundation undertakes long term, high impact projects that creates sustainable change and transforms lives. Natural Disasters are mostly unpredictable and may cause massive damage to individuals and the settlements. Health is Wealth and for poor it is everything. Each year IIFL Foundation conducts two big health camps for the benefit of thousands of people Natural Disasters are sudden and are the worst calamity man has ever faced. India is home to millions of 'out of school' children and among those girls are the worst affected.

Our good work has been appreciated at several forums. here is a snapshot of some awards.

ORDER OF MERIT FOR CSR

Skoch BSE Award for Corporate Social Responsibility is a prestigious award given after several rounds of shortlistings. Over 500 companies apply for this award of which this year only 55 were chosen and IIFL Foundation was one of the proud recipients. The award ceremony was held at the iconic hall of BSE in Mumbai attended by the industry bigwigs.

National Award for Excellence in CSR & Sustainability for our sustained work during the Covid 19 pandemic for Outstanding contribution to the cause of Education, Best CSR Impact Initiative (Sakhiyon Ki Baadi) & CSR Leadership Award - Awarded to Ms.Madhu Jain for leading one of the largest education initiatives in India during Covid-19 and undertaking initiatives to support livelihood and health concerns of the underprivileged community

Best CSR Impact Award for "Wadhona Nullah recharge in Maharashtra", which is likely to impact lives of about 10,000 people across 10 villages in Arvi block of Wardha district. 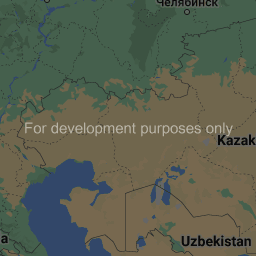 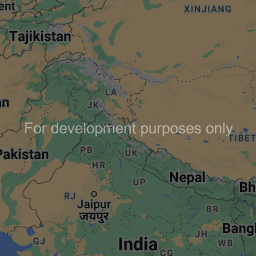 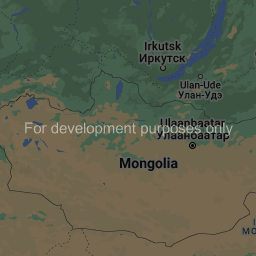 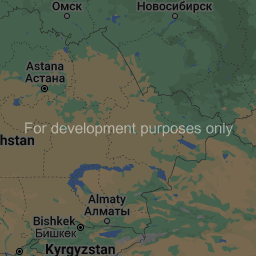 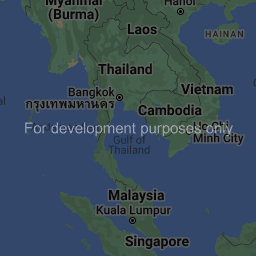 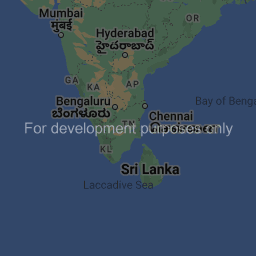 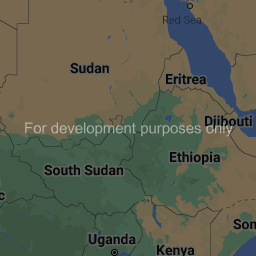 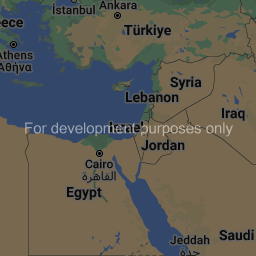 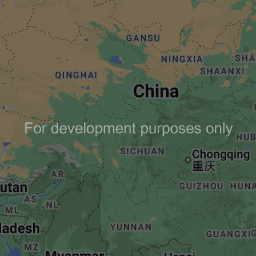 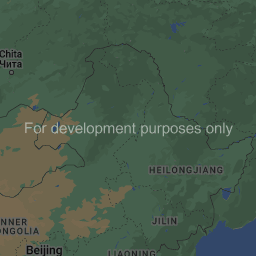 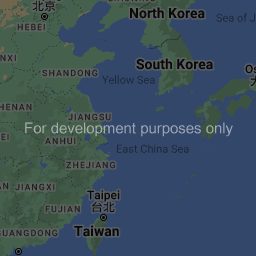 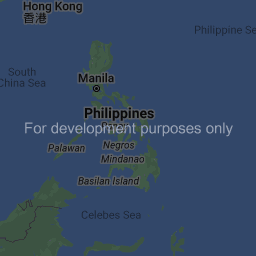 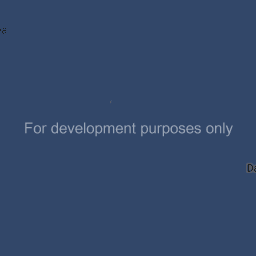 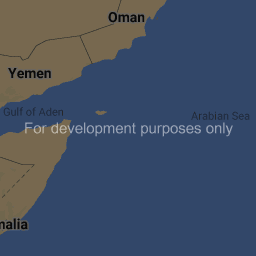 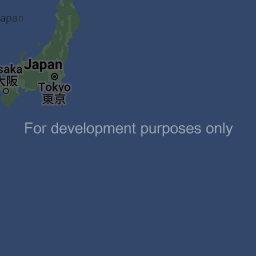 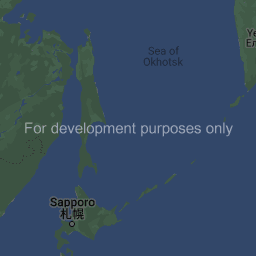 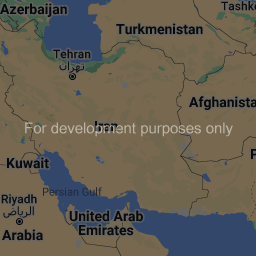 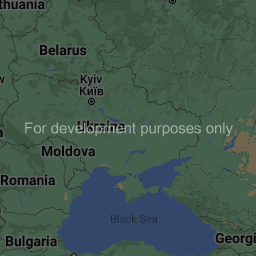 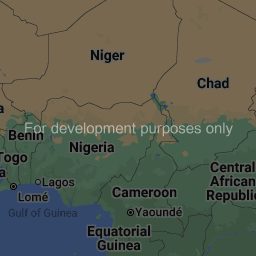 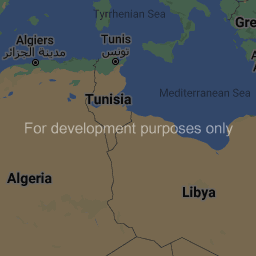 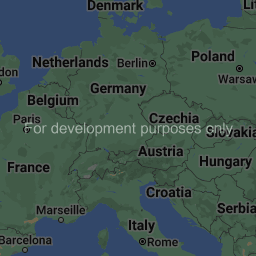 Use ctrl + scroll to zoom the map

Ms. Madhu Jain, Director of IIFL Foundation, is a senior social sector leader and philanthropist. Ms Jain oversees the Corporate Social Responsibility (CSR) initiatives at the diversified financial services conglomerate, IIFL Group. Ms Jain has led the immensely successful CSR function at IIFL with strong emphasis on impact-based social intervention in the fields of education, health, financial literacy, water conservation and livelihood. Under her leadership, IIFL Foundation has launched ‘Sakhiyon Ki Badi’ initiative, which is one of India’s largest girl child literacy programs and has brought about 36,000 out of school girls into education fold in the state of Rajasthan through a network of 1,218 community schools in some of the most inaccessible areas. Sakhiyon Ki Badi community schools have also been a source of livelihood for about 1,220 women, mostly from the economically underprivileged and scheduled caste and scheduled tribe communities. The program takes special care to preserve indigenous languages of the communities by using it during teaching. The foundation has helped mainstreaming of over 3,200 students into higher government schools. Under her active supervision, IIFL Foundation has supported development of rooms and a fully equipped science laboratory in a government residential school of girls for SC/ST communities with over 1000 student enrolment and facilitated smart board learning in another nine schools. Ms Jain has initiated one of the most unique literacy initiatives in India – Rathshala – for the children of migrant Rebari community, who migrate between Rajasthan and Gujarat for over eight months in a year. Rathshala is a mobile school set-up build on a cart and towed by a camel along the moving caravan of the Rebari community. IIFL Foundation runs another initiative for the children of migrant construction workers in the state of Maharashtra and UP called ‘Chauras’, which is a learning centre cum crèche, and provides basic functional literacy along with nutritious meals to the children. Under Ms Jain’s leadership, IIFL Foundation runs an expansive financial literacy initiative in eastern Indian states exclusively for women. The financial literacy centres spread across Odisha, West Bengal, Assam and Jharkhand imparts financial literacy lessons to women and empowers them to connect with banking system and benefit from the government welfare schemes. The program has already trained about 22,000 women and touched lives of over one lakh beneficiaries. Health has been a focus area Ms Jain and IIFL Foundation. The foundation has initiated ‘Arogya’, a preventive health project for over 35,000 girl children in 11 districts of Rajasthan. In addition, the foundation supports two annual mega medical camps at Pandharpur (Maharashtra) and Barsana (UP) touching the lives of about 300,000 beneficiaries facilitated by over 300 doctors. IIFL Foundation has done some pioneering water conservation work in the state of Maharashtra. In 2019 the foundation facilitated ‘Arvi water rejuvenation project’ with the Government of Maharashtra. The foundation helped revival of the drying Wardhona nullah in Arvi Taluka, which after revival during 2019 monsoon benefitted 6,400 people and 3,531 livestock in over 16 districts. Besides, IIFL Foundation also contributes during calamities and helps running an animal husbandry project. Under Ms Jain’s leadership IIFL Foundation and group firms showed its support to Prime Minister's efforts towards fighting Covid19 by contributing to the PM-Cares Fund and has also extended support to various hospitals by providing personal protective gears through the industry body FICCI. The foundation also provided oxygen concentrators to the community in Kashmir. IIFL Group has also engaged its over 18000 employees to volunteer and contribute during this period as per their wish. The foundation ensured that education in Sakhiyon Ki Baadi school continues using digital modes of communication. IIFL Foundation also partnered with Kalaakshar NGO run by students and professionals from ivy-league colleges across the world, who trained and helped capacity building of about 200 teachers from 10 districts in Rajasthan through video calls. Awards: At the World CSR Congress, Ms Madhu Jain was awarded as one of the ‘Women CSR Leaders’ and CSR Leadership Award at the National Awards for Excellence in CSR & Sustainability for her contribution to girl child literacy, water conservation and health sectors. Under her leadership, ‘Sakhiyon Ki Badi’, IIFL Foundation’s flagship girl child education initiative received the Best CSR Impact initiative at National Awards for Excellence in CSR & Sustainability and ET Now World CSR Award for ‘Best Support and Improvement in Quality of Education’, . At the CSR Summit and Awards, Ms Jain received the ‘Best Innovative CSR Project Award for Financial Literacy’ for IIFL’s financial literacy program for women in eastern India and ‘Best CSR Impact Award’ for Wardhona Nullah recharge project. IIFL Foundation has received the ‘Outstanding contribution to the cause of education award’ at National Awards for Excellence in CSR & Sustainability. Mr Jain is widely covered in the media for his views on Indian economy and markets. He has either been covered or wrote for all major global and Indian publications including The Financial Times, Wall Street Journal, International Herald Tribune, The Times of India, The Economic Times and Business Standard etc. He has authored numerous research publications about Indian economy and equity markets.

With a Masters Degree in Social Work (MSW) and a Bachelors in Mass Media (BMM – Advertising), Rajiv Shinde brings in over 10 years of work experience that spans across sectors – Advertising, Retail, Marketing, Branding, Hospitality – QSR, IT and Social Work (NGOs). Rajiv holds a special interest for working on Developmental fronts in rural areas and had previously conducted a quantitative research on ‘Stress among constabulary of Mumbai Police’ in an urban setting of Mumbai. An ardent lover of Environment and Animals, topics as Eradication of Hunger &amp; poverty, Quality Education, Reduced inequalities and Climate Change continue to be of his interest.

Sahil is a Post Graduate in Management from RIMT & has been working with IIFL since 2016. Sahil hails from picturesque valleys of Kashmir and came onboard through IIFL’s CSR project Udaan – an initiative of Ministry of Skill Development and Entrepreneurship.

Lalit is a Post Graduate in Sociology from Mohanlal Sukhariya University & Possesses of 20 years experience in Social sector. He holds a vast experience in social sector & in his last assignment he worked with co. operative societies in Udaipur.

Mohit is Graduate in Computers from Mohanlal Sukhariya University &amp;amp; possesses of 2 years experience in Social Sector. He has worked with NGO's in past &amp;amp; in his last assignment he worked with Kherwari social welfare association.

Hemant is a Graduate in Arts from Mohanlal Sukhariya University & holds over 5 years experience in Social field. Prior to IIFL, Hemant worked in ' Foundation to educate Girls Globally' in Project - Balika Shiksha